You are here: Home / Forum 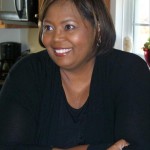 Iris Bolling was born in Richmond, Virginia, and has a Bachelor of Science degree in Organizational Management. Her passions are reading, writing, sports and politics.
The inception of Iris Bolling’s writing career began with combining her passions for education, politics, and romance into her first novel, Once You’ve Touched the Heart. This self-published work, released in March of 2008, was the first of the five additional books to complete the Heart Series. The popular Heart Series has captivated the eyes and hearts of Bolling’s readers and includes: Once You’ve Touched the Heart, The Heart of Him, Look Into My Heart, A Heart Divided, A Lost Heart, and last but not least The Heart.
In May of 2011, Iris introduced a new cast of characters in her novel Night of Seduction/ Heaven’s Gate. Its characters continuing to blossom in the sequel, The Pendleton Rule. Iris recently began a new Series, Gems & Gents, with the introduction novel, Teach Me, The Book of Joshua I - Trust and The Book of Joshua II - Believe. The beginning of her third series, The Brooks’ Family Values, will be introduced in her next novel Sinergy, scheduled to be released in October 2014.
Iris stepped into a new venture geared towards bringing the characters of her books to the television screen. In 2014 she produced, The Heart, a television series based on her popular novels from The Heart Series. Adding more to her resume’, Iris is now doing quest speaking engagements to share her knowledge and experience with others.
Iris has gained the attention of her readers and the respect of her peers which is noted in her various awards, including four Emma awards. She openly welcomes you into her world of writing and truly hopes that your mind is awakened, your thoughts are stimulated, and your desire to read about true love and romance is quenched.
For more information please visit her website: www.irisbolling.net